Once upon a 100 films ago… my list of must-see films comprised mainly French flicks. I was looking forward to a holiday in the Dordogne and so, keen to reconnect with French culture and language, I searched through both The Times’ and Time Out’s 100 Best French Films lists – knowing I’d missed out on some of the classics: the Three Colours Trilogy (Dir. Krzysztof Kieslowski), Les Vacances de M. Hulot  (Dir. Jacques Tati) and Les Diaboliques (Dir. Henri-Georges Clouzot) – to name a few. One of my best discoveries was comic book artist Sylvain Chomet’s Bellleville Rendez-vous. Unexpectedly entertaining, visually exuberant and quintessentially French, it is about a young boy, Champion, who is abducted by some sinister mafia types whilst competing in the Tour de France and later rescued by his super-heroic granny Mme de Souza and faithful pooch, Bruno. Watching it, I fell in love with the country all over again. 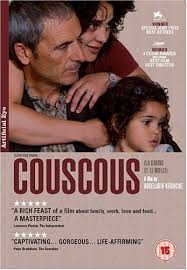 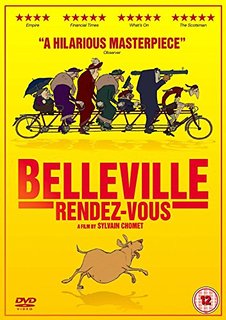 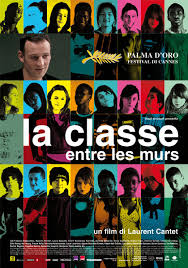 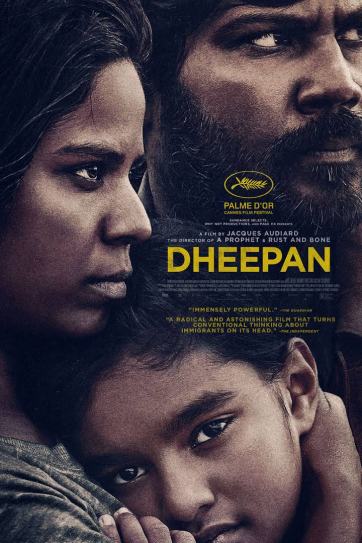 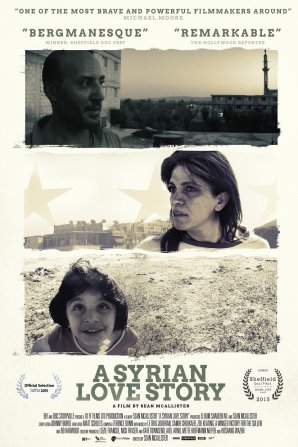 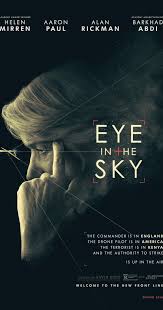 Eye In the Sky 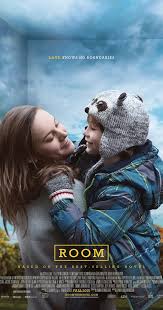 Belleville Rendez-Vous opened up the world of animated movies to me and from there, I went on to watch and be impressed by the more serious, Perspeolis (Dirs. Marjane Satrapi, Vincent Paronnaud) – a movie based on Franco-Iranian Marjane Satrapi’s comic book series. It tells of Satrapi’s coming of age in Iran and France during and after the Islamic Revolution and is told with bold simplicity and elegance. Watching it, I was reminded of Rithy Pahn’s The Missing Picture, which depicts the horrors of his childhood under Cambodia’s Khmer Rouge through the use of clay figurines and newsreel footage. Philospher Ludwig Wittgenstein once said, “Whereof one cannot speak; one must be silent.” Directors Pahn and Satrapi have first-hand experience of living under brutal regimes and are both seeking a new filmic language to express the otherwise inexpressible.

By contrast, some of my favourite recent films take an unflinching stare at human tragedy. Laszlo Nemes’ Saul Fia (Son of Saul), about an Hungarian-Jewish prisoner forced to work in the gas chambers of Auschwitz-Birkenau, has the most gut-wrenching opening sequence I think I’ve ever seen; going where few other films have had the audacity to take us: into the gas chamber itself. So many of the scenes are profoundly unforgettable because of the horrendous subject-matter, the tight close-up of Saul’s grief-stricken face (the atrocities are glimpsed in shallow focus) and the intensity of Saul’s unremitting mission: to give his murdered son a dignified, Jewish burial. At no point is the emotion contrived; the soundtrack is paired right back, for example. It is hard to believe that this is Nemes’ first feature and is a hugely deserved winner of the Best Foreign Oscar film, 2016. 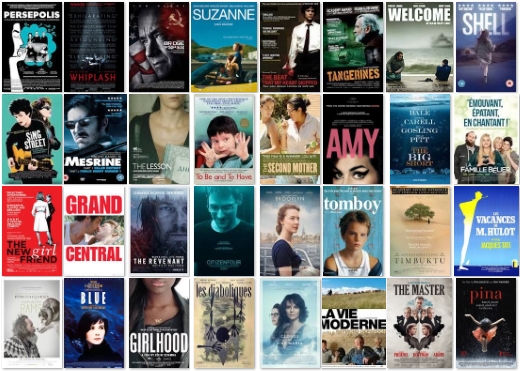 Two poignant documentaries, Fuoco Ammare (Dir. Gianfranco Rosi) and A Syrian Love Story (Dir. Sean McAllister), also deserve attention. Both record the daily lives of those affected by the refugee crisis – documenting islanders on the Sicilian island of Lampedusa (where 400,000 migrants from Africa and the Middle East have arrived in the last 20 years) and a refugee family leaving Syria for Paris respectively. Both documentaries give unhurried – but politically pressing and anger-fuelled – insights into the human stories behind news headlines. With considerable pathos, the documentaries juxtapose the quotidian with scenes of intense trauma and upheaval, showing the two are irreconcilable. Welcome (Dir. Philippe Lioret) also offers an affecting dramatisation of the insurmountable obstacles facing many refugees. It focuses on Bilal, a Kurdish teenager who, having escaped torture in his homeland, ends up in Calais, willing to swim the Channel to find refuge in England. I liked the way the way this film included the perspective of one local man and the risks he took to help Bilal.

Although not a documentary, Jacques Audiard’s Palme D’Or-winning Dheepan also takes immigration as its subject-matter. Shot in the social-realist tradition, non-professional Anthonyhasan Jesuthasan (himself a former Tamil Tiger), plays the lead role as Dheepan, a Sri Lankan Tamil freedom fighter who claims asylum in Europe as the Civil War reaches its end. Dheepan takes along two strangers, who pose as his wife and daughter. Together the ‘family’ are allocated a house in a run-down housing block in a tough Parisian suburb. Dheepan is given publicly-funded work as a caretaker on the estate and his ‘wife’ Yalini becomes a housekeeper in the family home of a local gangster. Their ‘daughter’ Illayaal attends the local school and, being the most proficient in French, helps them to make sense of their chaotic new surroundings. Audiard is successful in humanising and exploring the dreams, hopes and frustrations of Dheepan and his family. His aim was to  broaden the diversity in French cinema. Girlhood (Dir. Celine Sciamma) and The Class (Dir. Laurent Cantet) also tackle life in the banlieues, but from a young adult perspective and collectively these films extend the French ‘hood’ sub-genre which began with La Haine (Dir. Matthieu Kassovitz). 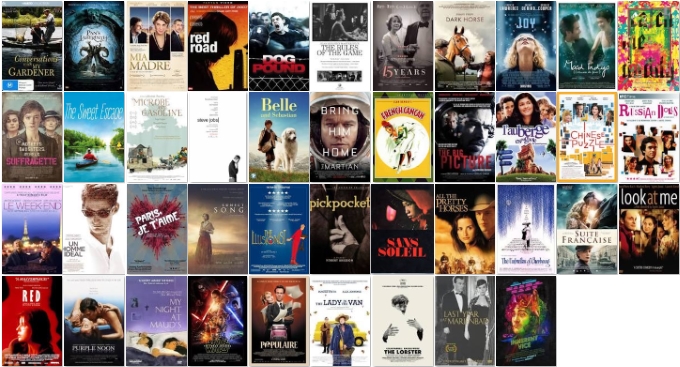 The underbelly of city life fascinates me and so I was completely wowed by Sebastien Schipper’s Victoria; a thriller shot for over 2 hours in 22 locations around Berlin, from 4.30am. As well as the film’s impressive technical mastery, I was mesmerised by the relationship between Victoria (Laia Costa) and Sonne (Frederick Lau) as it develops over one unforgettable night. However, If rural life is more of interest to you, then check out La Vie Moderne (France), Tangerines (Georgia), Rams (Iceland), Timbuktu (Mali) and Shell (Scotland) – which offer five unique portraits of trouble in beautiful but remote parts of our world.

Looking back over the last 100 films, I see that there’s been a film for every mood. From the feel-good musicals, Sing Street (Dir. John Carney ) and The Umbrellas of Cherbourg (Dir. Jacques Demy) and the equally big-hearted adaptation of Colm Toibin’s novel, Brooklyn (Dir. John Crowley) through to some edge of your seat thrillers, Bridge of Spies (Dir. Steven Spielberg) and Eye in the Sky (Dir. Gavin Hood) or the equally gripping two-part French gangster biopic, Mesrine (Dir. Jean-Francois Richet). My film list includes dashes of absurdity, surrealism and dystopia: The Lobster (Yorgos Lanthimos), The Master (Dir. Paul Anderson) and Melancholia (Dir. Lars von Trier), as well as modern-day exposes: Citizen Four (Dir. Laura Poitras ), The Big Short (Dir. ) and social critiques: The Lesson (Dirs. Kristina Groseva, Petar Valchanov) and Dog Pound (Dir. Dir. Kim Chapiron). And then, of course, there were what my husband calls the “Ooh, la, la!” weekends I spent ‘researching’ Romain Duris’s back catalogue. However, what my heart really skips a beat for is a well-rounded drama which explores the tenacity and vulnerability of the human spirit under emotional duress.

As for the next 100 movies… I’m going to Iceland in January and know hardly anything of their national film output. I’m also keen to see more work from the directors whose films made it into my top places in 2016.

I’m less keen on these… 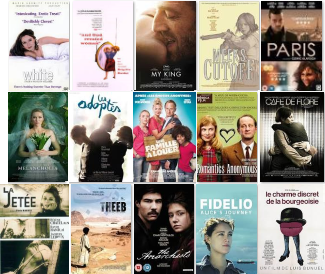 And here’s the complete list, in order of preference…

iThere are no comments

Begin typing your search above and press return to search. Press Esc to cancel.